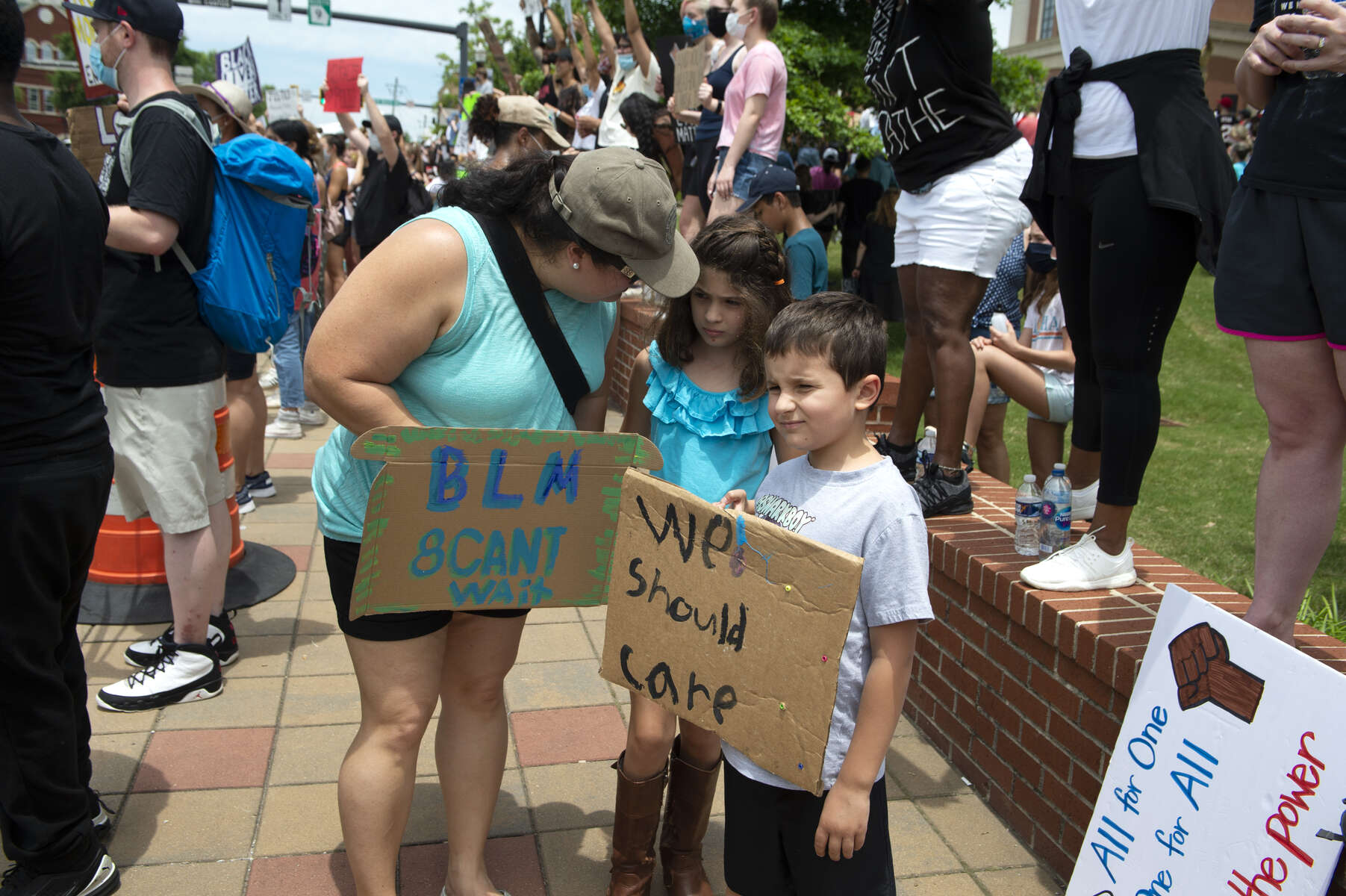 Hundreds of demonstrators gathered outside Forsyth County Courthouse to protest growing racial profiling and police brutality. The county was the scene of opposition to minority families moving to the area in 1987, and received national attention for a massive civil rights march that was met with bloody violence by local residents against the marchers. Pictured: A mother guides her children during demonstration against police brutality against minorities