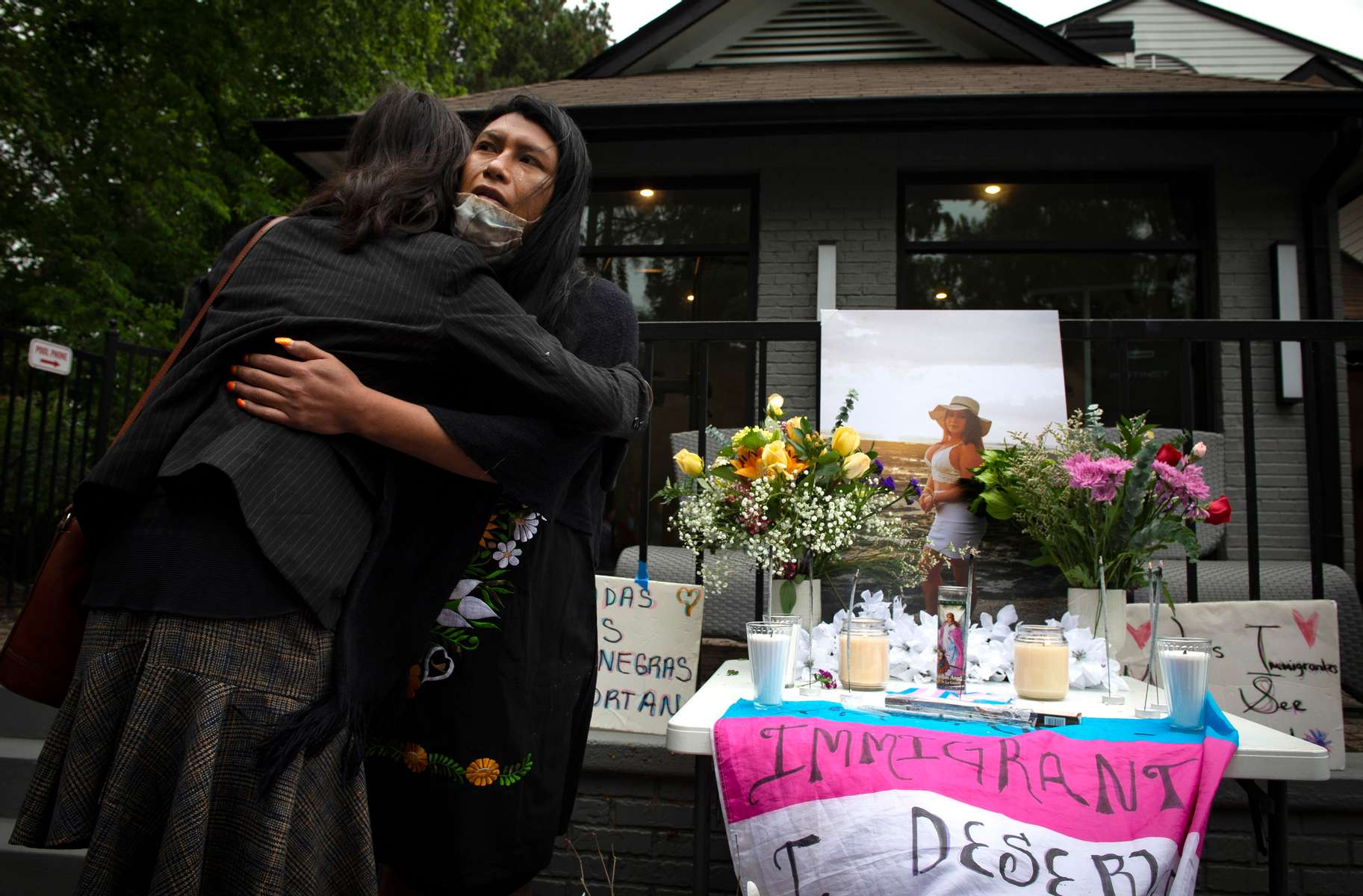 Friends from the Atlanta transgender community tearfully embrace at a memorial service for Sophie Vasquez, 36, a Latina transgender woman who was shot dead at her apartment on May 4.

Vásquez was shot multiple times, police said. Brookhaven police found five shell casings and three bullets at the scene. Police have released little information about the crime, saying they don’t have a suspect and haven’t determined a motive. But local activists accused them of downplaying the incident because of Vásquez’s gender identity.

"At this time in the investigation, her murder does not appear to have any connection to being transgender," a spokesperson for Brookhaven Police said in a release. If the evidence supports additional charges related to hate-crime bias they will be levied at the appropriate time, police said.

Her murder brings the national count of violent deaths for transgender, non-binary and gender non-conforming individuals to 24, making 2021 the deadliest year so far in the past decade for that population, according to the Human Rights Campaign.