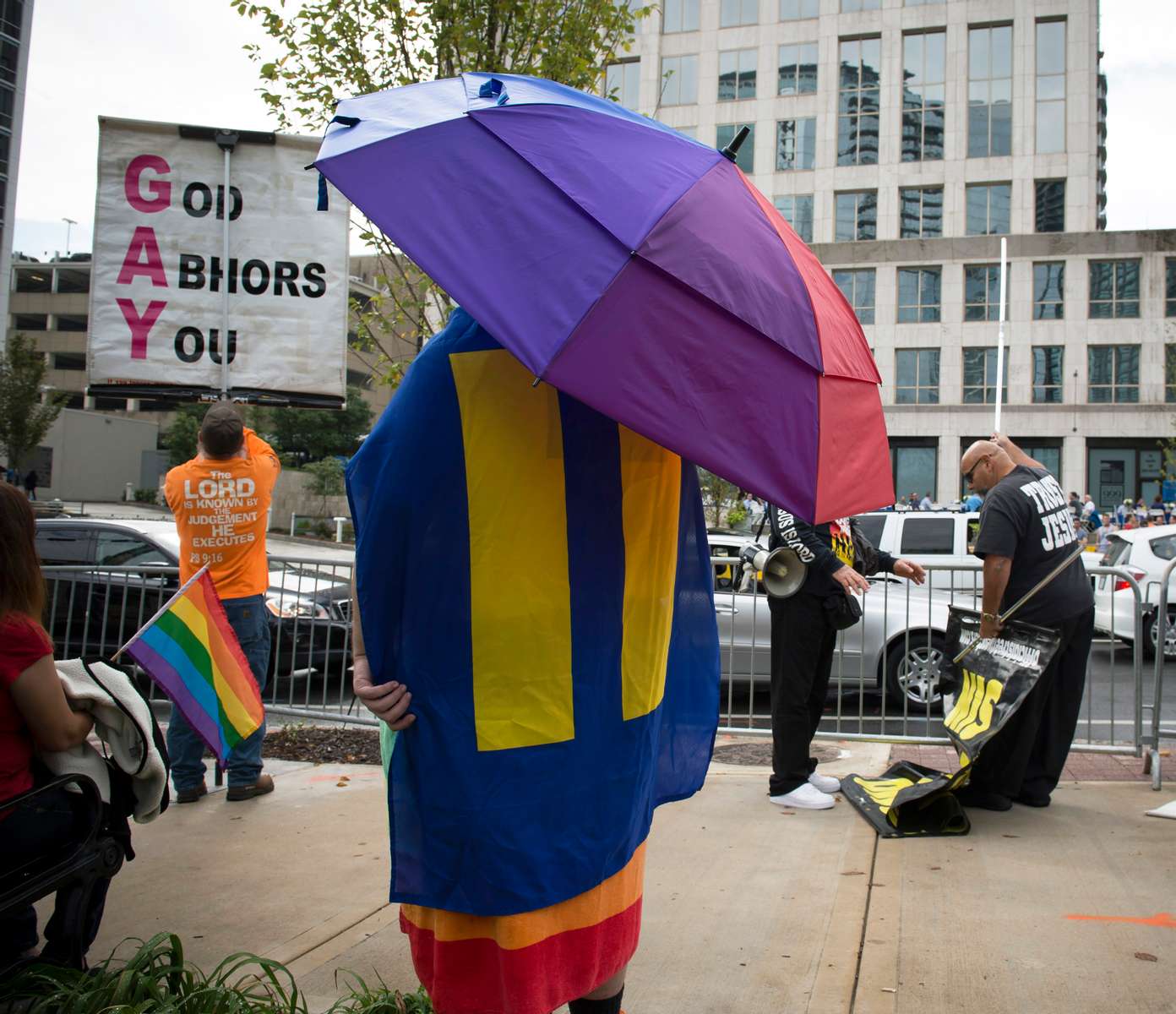 PICTURED: An equality-minded young man watches as anti-gay activists set up their banners along the parade route