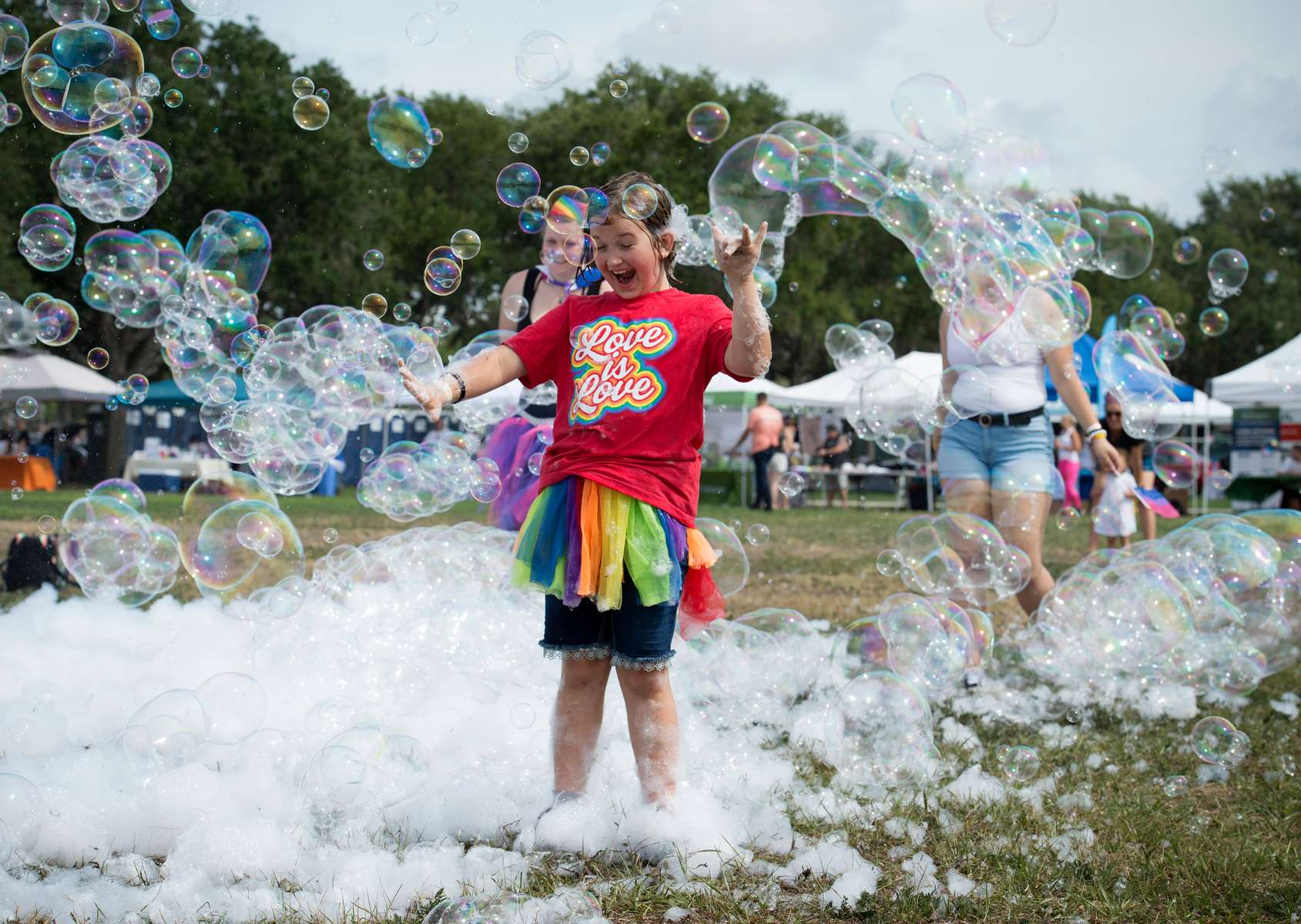 Shane Summers, a gender-fluid preteen, plays in a field of large bubbles at the city’s OUT in the Park Gay Pride Festival on Tampa Bay. Instead of hosting one of the largest Gay Pride parades in the country, local organizers opted for a series of smaller events spread throughout June, considered Gay Pride Month.

The scaled back celebrations were due to COVID-19 precautions, though few attending Saturday’s waterfront OUT in the Park festival used masks.