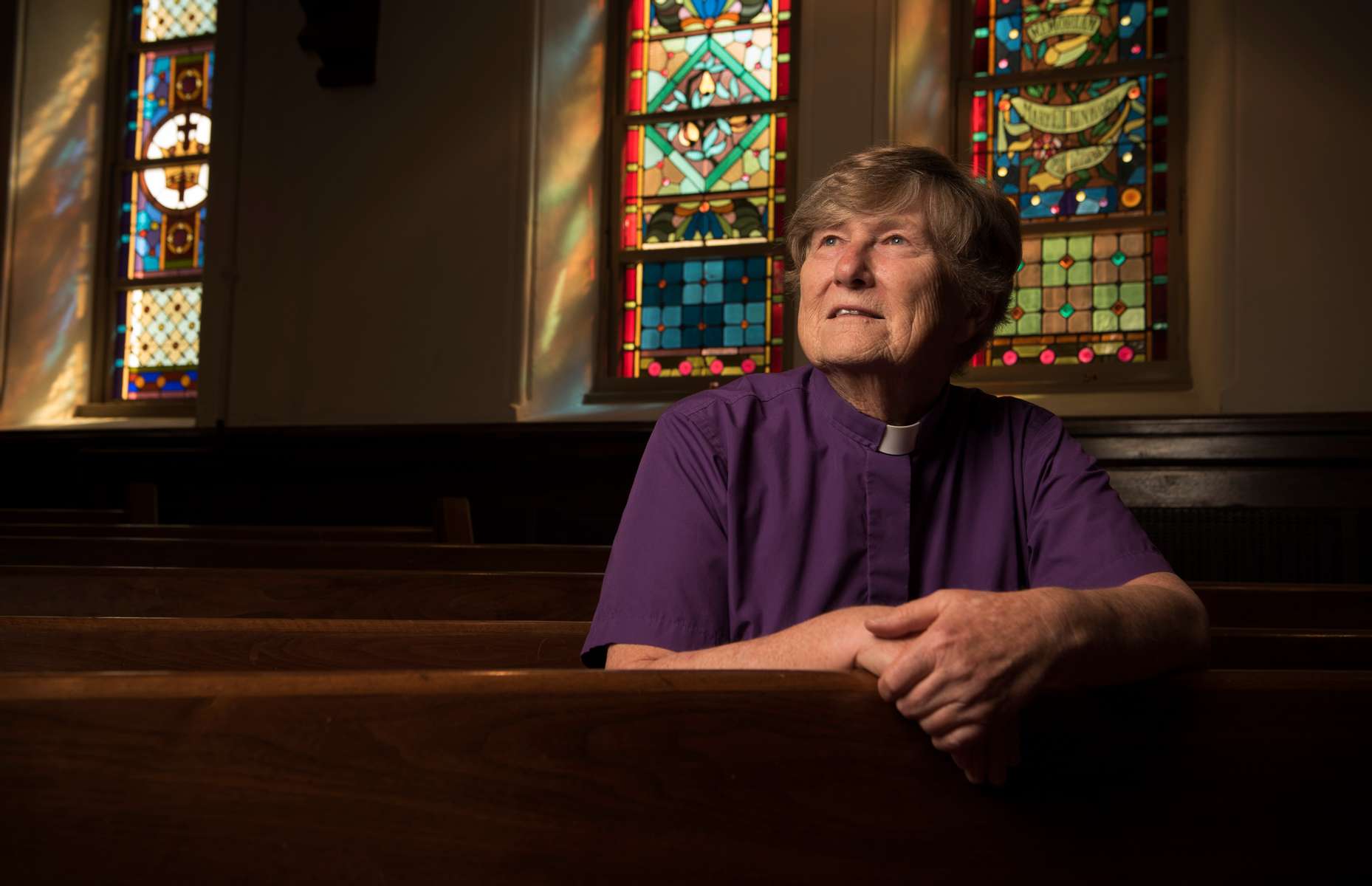 ERIN SWENSON,74, at Central Presbyterian Chuch in Atlanta, where she attended as a teen. She broke new ground within mainstream Christian Protestant faith groups in 1996, when the Presbytery of Greater Atlanta, by a vote of 186 to 161, sustained her ordination as a Presbyterian minister. Erin had transitioned from male to female that year after 23 years of ordained service, and with the Presbytery’s vote in 1996 she became the first mainstream minister in the U.S. to make a gender transition while remaining in ordained office.