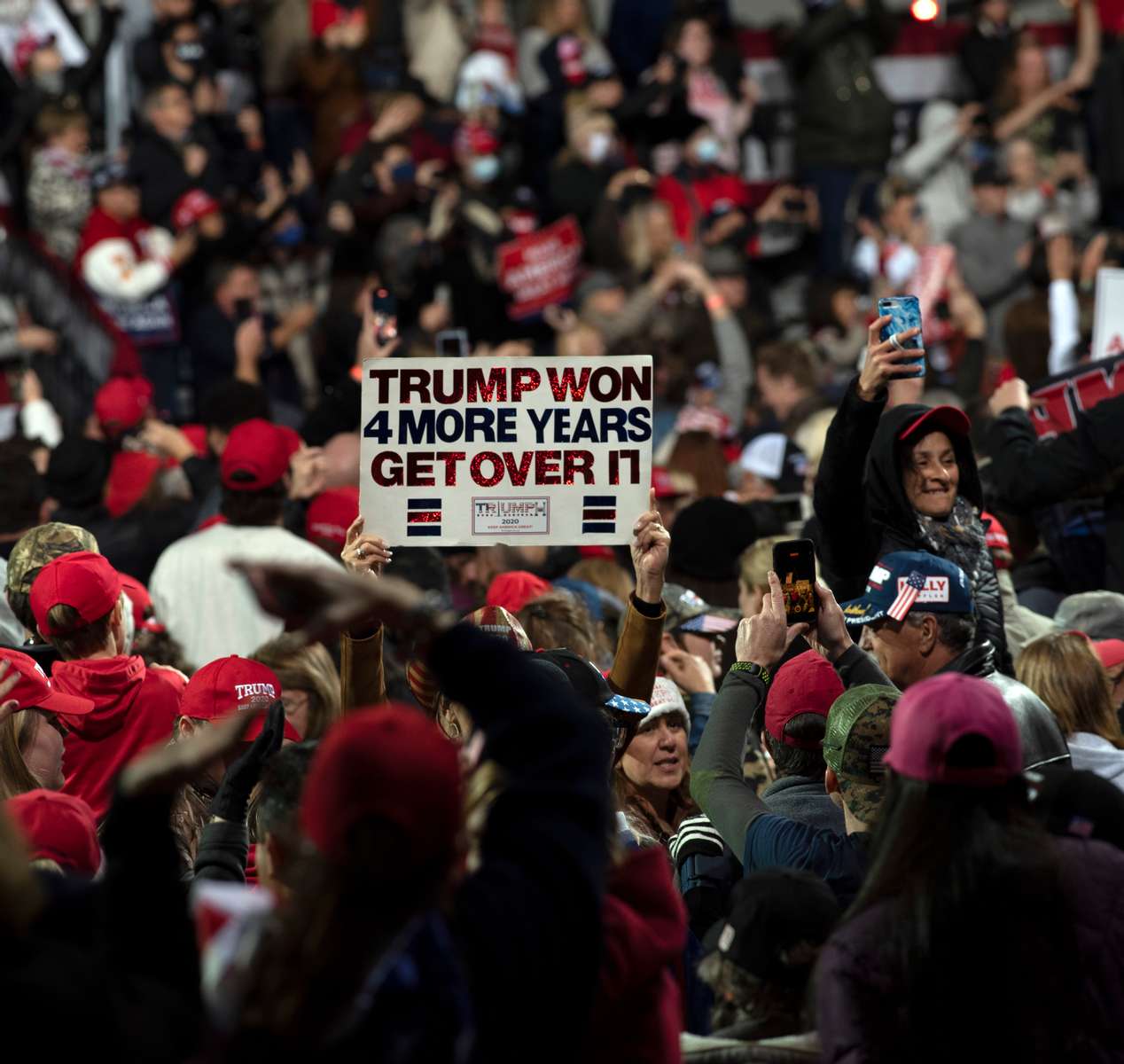 Pictured: Crowd erupts in cheers at end of rally, holding on to hope of a second term for President Trump despite election results