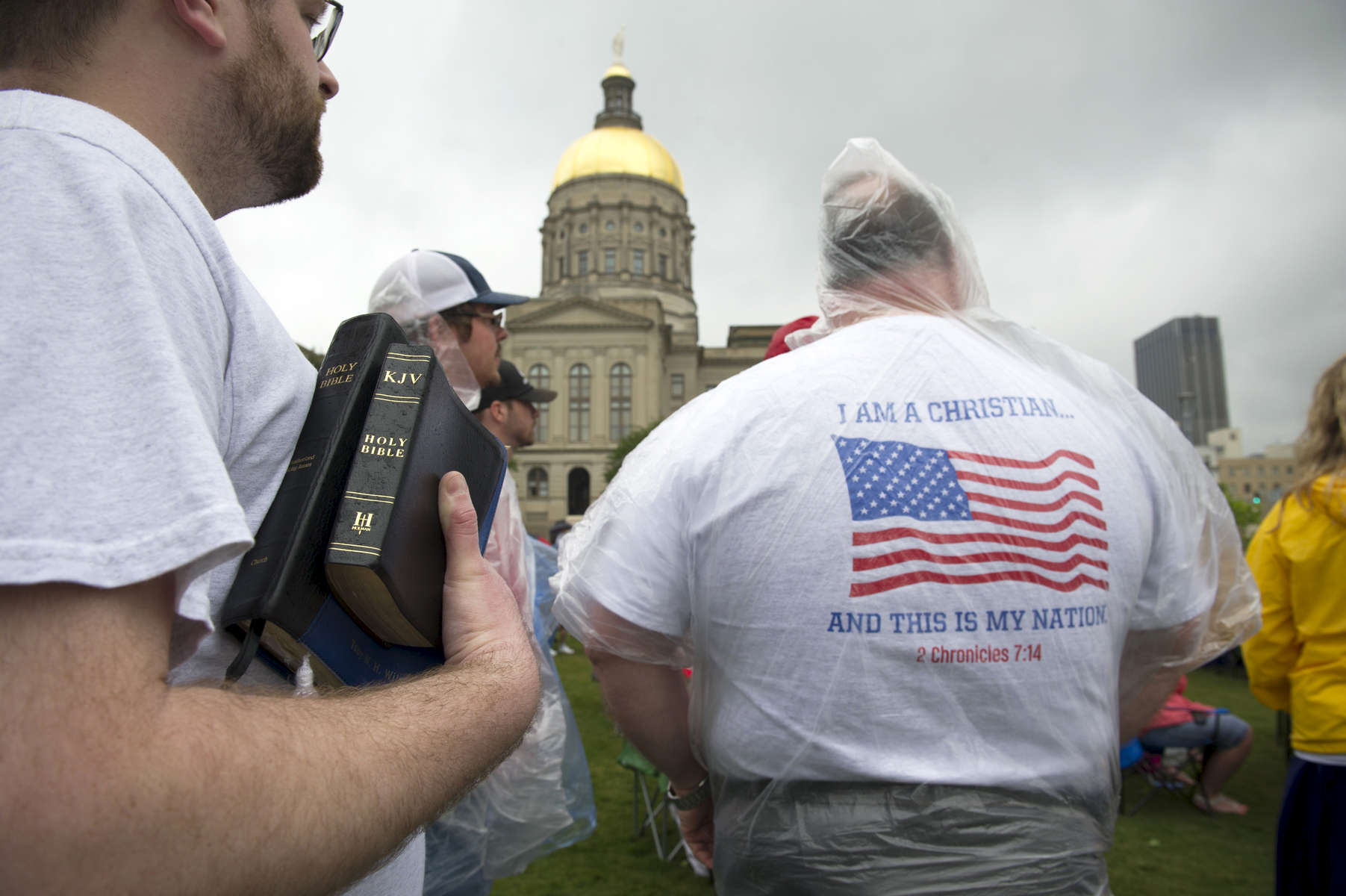 Georgia legislators and evangelical pastors from around the state gather out the state capitol for rally in support of a new religious freedom law expected to be introduced in the state's next general assembly. Gov. Nathan Deal vetoed a proposed law several weeks ago that be believed was discriminatory to LGBT residents, and promised to veto any new similar proposed law while he is in office. Conservative Republican legislators are doubling their efforts to write a religious freedom law that could be overturned by a majority if Gov. Deal keeps his promise. Supporters of such a bill maintain they will obey god rather than men. The 2016 proposal was spearheaded by state Senator Joshua McKoon from Columbus, GA