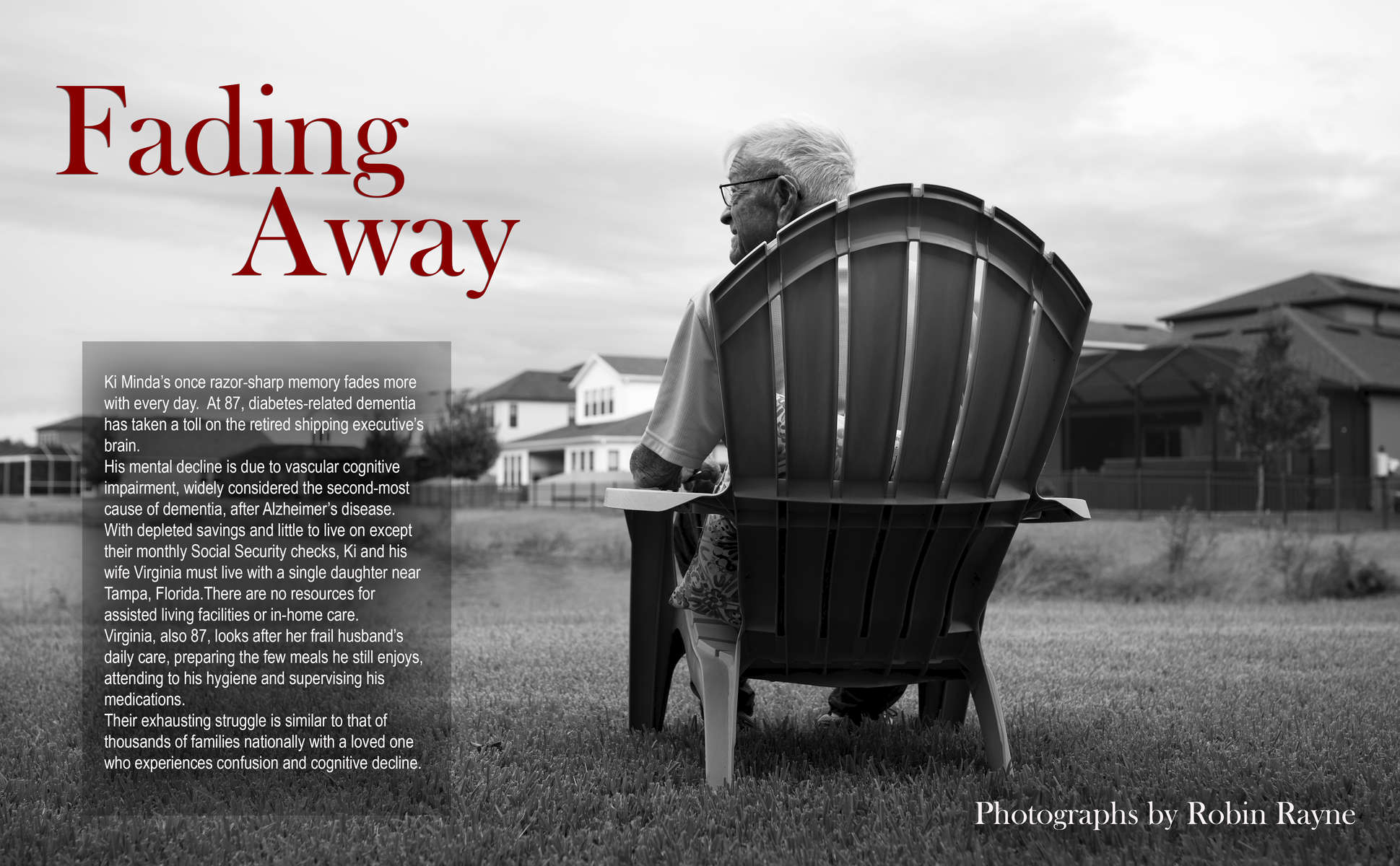 Like an old photograph that’s been sitting near a window for years, Ki Minda’s once razor-sharp memory is fading. At 87, his diabetes-related dementia has taken its toll on the once-vibrant executive and former minor-league baseball player.

With no savings and little to live on except their monthly Social Security checks, Ki and his wife Virginia must live with their daughter near Tampa. His body is frail and unsteady. He’s at great risk for a serious fall and broken bones, but there’s not enough money for an assisted living facility so they do the best they can, with his wife looking after his daily care. At day’s end, she’s exhausted. Their daughter works long hours at a nearby medical clinic to pay the bills.

He has difficulty remembering names and events. Mostly, he sits in front of a television and watches whatever sport that might be on. He pays little attention to the game. He stares at the screen but comprehends little.

He enjoys sitting in the Florida sunshine and would linger for hours were it not for his wife and daughter who keep a close eye on him. Too much heat could create problems with his pacemaker, or bring on a stroke. He’s been in and out of local hospitals numerous times.

He tests his blood sugar every morning, eats a little, then wants little more than to return to his bed. He sleeps a lot, napping and dozing throughout the day. His once hearty appetite is on a steady decline, though he enjoys getting out of the house for a hot dog lunch with his wife.

Ki retires to his single bed early and sleeps as late as his family allows. And then it’s another day, the same as the day before, but maybe a little weaker and a little more frail. His heart is weak, even with his pacemaker.

His circle is his family and few others. He has no interest in things he previously enjoyed, except for the constant sound of a ball game or a golf match.

He remembers little of his early life or friends.

His doctors diagnosed his dementia several years ago, caused by large numbers of nerve cells in the brain that stopped functioning and lost their connections with other neurons that normally work together.